BRAND NEW, SEALED. GAME WILL BE SHIPPED WITH USPS.
Rewrite its story and become the hero! A realistic first-person role-playing game that takes you to medieval Europe. The year is 1403. Bohemia is located in the heart of of Europe and is rich in culture, silver and imposing castles. The game is based on a true history-a story about kings, heirs, a kingdom, sieges and bloody battles. Emperor Charles IV is dead and his eldest son Wenceslas IV becomes King of Bohemia. Wenceslas’s enraged half-brother Sigismund captures him and invades the country with his powerful force. Start her adventure as the humble son of a blacksmith who was the only one to survive the destructive fury of a mercenary army that, without mercy, destroyed their homeland and murdered their family. Your life has been turned upside down and you vow to avenge her family. Enjoy the detailed reconstructed landscapes of the 15th century. Carry authentic weapons worn by knights of this era and take part in epic battles and sieges that have taken place in Central Europe. Experience a thrilling action-packed adventure and realistic role-playing game, with a non-linear story and a revolutionary first-person melee system, set in medieval Europe. Enjoy an endless plethora of possibilities: Use their reputation or charisma to elucidate crime and influence the inhabitants of reconstructed medieval Bohemia, so that supports you in their assignments Be. Overcome hurdles and overcome challenges in different ways. Use their diplomatic skill or brute force. As you decide, you will have to live with the consequences of . Use different weapons, use raw materials, take part in historical battles and sieges and master the art of sword fight. A dark path full of serious decisions, dirty orders, unexpected twists and bloody confrontations awaits you! 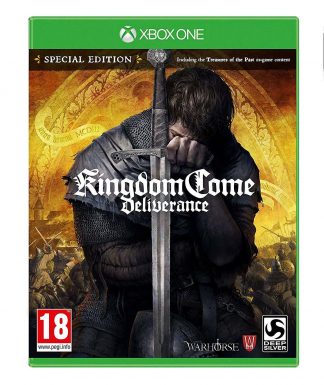